Once upon a time there was a woman who looked out for number one. That woman is dead.

When the final shadow trials are brought forward by several weeks, there’s no time to lose in preparation. My troop’s support reminds me that there’s no ‘I’ in ‘team’ and gives me confidence that together we can pass whatever tests the knights throw at us.

I guess attachments aren’t so bad.

I guess the L word doesn’t have to hurt.

But when the principal tells me that Payne isn’t coming back, everything is put on hold. Something is terribly wrong. Payne’s in danger, and there’s only one person who can get me to him, but will the cocky weaver agree to help me?

The rollercoaster of life is about to take a major loop de loop.

Here’s to hoping I don’t fall off.

The Vampire Academy meets Game of Thrones in this kick-ass, supernatural academy, Urban Fantasy with a slow burn Why Choose Romance. 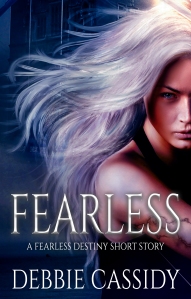